Today we drove about 1-1/2 hours to a rural location called Emmadira. We set up our clinic in a church, but you knew that didn’t you? Today’s church was near Hamadiara Primary School but because it was Saturday, there was no school. We treated 914 people today. We actually ran out of most medications again today but we had enough medication to deworm all the children who didn’t get into the clinic. We also handed our Whitfield to treat the head and body rashes that are so prevalent here. Because we treated the children with what we had left, the parents were ok but disappointed. We still found 8 children in the group who were so sick we took them inside and provided treatment. This included a baby with a burn.

The comment section of the blog showed two persons who have offered to contribute to the wheelchair. I will be contacting you once I return to Canada, about the third week in May. Thank you so much for your generosity. We will continue to accept anything you can come up with. I love loose change!!

Because we had to close yesterday, there were a few people who were registered but we couldn’t treat. When asked how they got to today’s clinic Jerry, one of our helpers, said they walked. I asked how far and he said “not far, less than 20 kms”. Obesity isn’t a problem here, although hypertension is a huge issue. Jiggers are also common in the area we were in. An NGO held there jiggers clinic today and 200 people came for treatment. Jiggers are a parasite that get under your toe and finger nails making it impossible for you to use your hands or feet when they become chronic. A chemical was left with a community worker, who will spray homes for it. We prevent ourselves from getting jiggers by wearing closed toe shoes while working.

Speaking of working today, the crowd were for the most part orderly. Twice the clinic was stopped as everyone was asked to line up instead of pushing forward. We were afraid someone was going to be hurt. As I was registering today, I noticed a small boy sitting on a pile of bricks inside the doorway. Eventually, I asked one of our helpers if the child was waiting for someone. He was. He was waiting to be registered. We made way for him and he registered himself. He was 5 and had come to the clinic all by himself. He wore ski pants and a shear top more befitting a girl. I wish I could show you his photo but there was no time for a picture. These children are old beyond their years. When we left the church today, the minister asked if we could give him money to buy a broom to sweep the dirt from the floor. This is a society trying to meet its most basic needs. 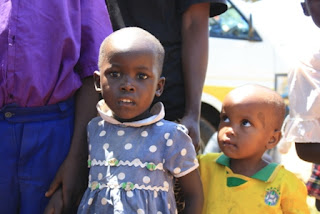 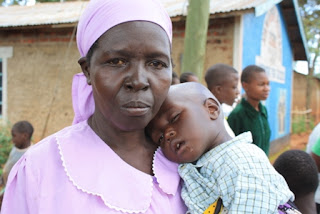 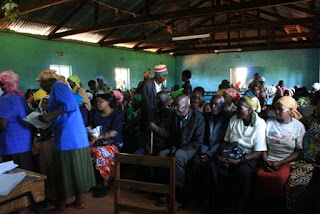 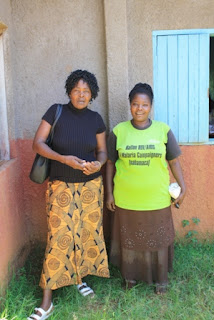 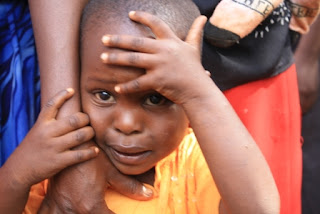 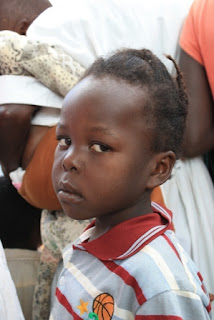 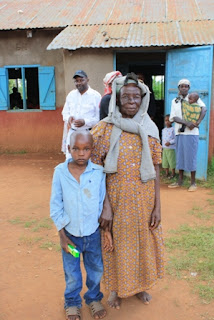 Sherry and Sara (our Kenyan nurse) held a sexual health clinic again. Once more the sanitary pads were a great hit. It is certainly true that Kenyan girls who have reached puberty often remain home due to the lack of this basic need. Many Kenyan men practice polygamy and it is expected a Kenyan male will be unfaithful to his wife. The more modern male wears a condom when he is outside of his marriage and refuses to wear one with his wife. Today the women told how they would leave 10 condoms at the bedside and later count how many were left. If there were only 8, then they would know he was unfaithful at least twice. I found this quite amusing but in reality Kenyan woman have very few rights.