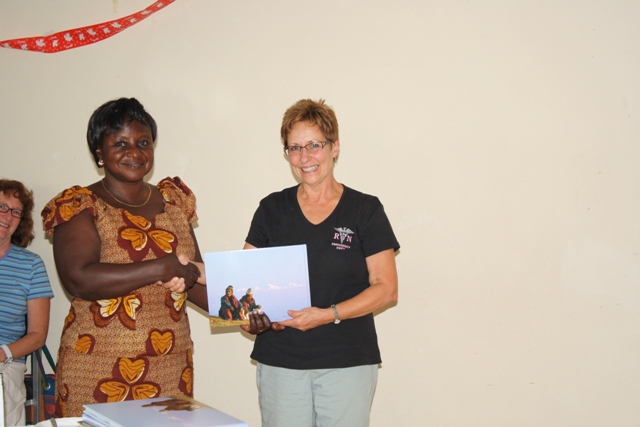 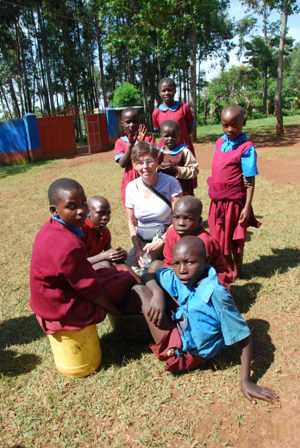 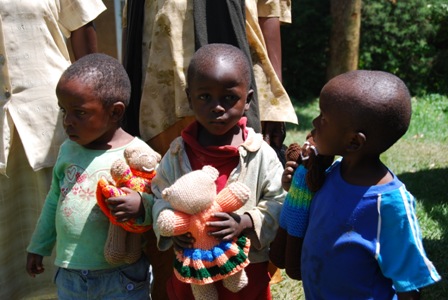 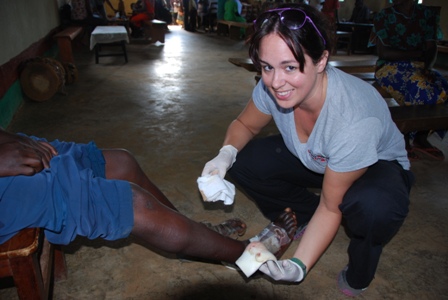 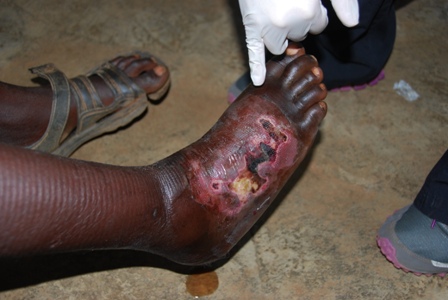 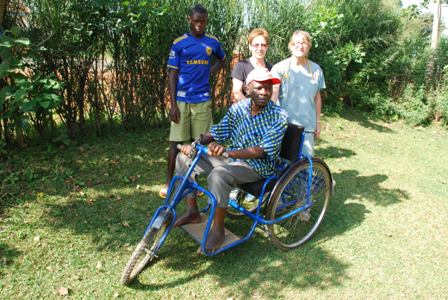 The clinic today is on the main road to a large market.  It is interesting to see the vendors walk by with their cows and goats in tow and the market goods in baskets on their heads.  It is an important day in the week for the people of this region.

Departure was delaying this morning as the matatu had a flat tire.  Put on the spare, you say?  Well that had been done once before, so off Evans went to get the tire repaired.  It didn’t take long and the nurses were on their way.  Unfortunately, our sick remained behind to get another day of rest.

What an experience we had on the way to the clinic.  The road was temporarily closed by hundreds of boys and men running along and across the road in unison.  As their feet hit the pavement in rhythm, they made a grunting sound that was also accompanied by a horn.  It was described to me as “a primitive African sound that made the hair on your arms stand up”.

The Vihiga area, where we work, is known for their bullfights.  The bulls shove each other around until one runs away.  The event is accompanied by much excitement, betting, and drinking.  What a great experience to have witnessed even a portion of it.

Our clinic at Margoli was a part day as we traditionally host a dinner for the Kenyan nurses and clinical officers.  It is necessary for the dinner to end early enough as the medical staff wants to be home prior to dark for safety reasons.  Today, three patients (the man in the wheelbarrow, a 12 year old girl with malaria, and a younger child) were taken to hospital, where they were admitted.  We also “sprang our little hostage” and returned her safely home.  And for those of you who worried about our 2 month old baby, a plan had been put into place to assist the family.  A small amount of food will be delivered over a period of time to the woman so she can feed herself and her baby.  We won’t give her much as her husband, who is working, may sell it.  The community will look into a long term solution for her.  We were also visited by a man we gave a wheelchair to last year.  He has trouble operating the chair on the rough roads but his son pushes him to make it easier.

Dinner with the Kenyan nurses and clinical officers went well and the time we spent socializing increases the respect and bonds we build at work.  We traditionally provide small gifts of tee-shirts or other items (often donated to us), but this year we had something special.  Mark Zelinski, a Hamilton based author, donated beautiful coffee table books for the medical staff.  You should have seen the joy and excitement in their eyes.  I have posted a photo of Gail presenting one of the books to Sara, the president of the Kenyan Advisory Board.  So many thanks to you, Mark!  Tomorrow is a day of rest.  A shopping trip, a tour of an Impala Park, and a stop to pick up more medications from our pharacist, Bhavesh, are on the agenda.  And for some of us, a day to catch up on CNFA housekeeping.  Talk to you soon, Dawn