We travelled to a vocational school today. It was quite a nice facility on the whole but there were only a few handicapped students in attendance. Unfortunately, the clinic was held in two places: registration and triage were outside under a covered walkway with the clinical officers and medication in a small room with poor lighting and ventilation. I am not sure why it couldn’t have been held in the large spacious dining room. As such, it was crowded and we had to close the clinic before quite a large number of people were seen. As it was, we treated 961 people along with deworming and a sexual health clinic at a nearby school.

This is a very poor school, with the children’s uniforms having seen better days. Lynn distributed sanitary pads along with the cute bags sewn for us by Saskatchewan women. The girls use them to carry their pads home and to say they are delighted with them is an understatement. Trish prepared a large number of squares for an African quilt before she left Canada. She identified 24 students around 12 and 13 years old and asked them to draw on the squares. She is going to make a quilt out of it and raffle it off to raise funds for latrines. She did that last year and nearly raised enough money to build two latrines at Evojo School. We had a formal opening at Evojo yesterday with the children, the principal and a number of parents in attendance. Now the girls from this school have their own latrine which is safe and private. Trish is trying to raise money again for latrines at the school in Hamadira. So if you see the quilt, please support this very worthy project.

Kenyan children need a uniform to go to school and their parents pay school fees. One can see why some children don’t go to school. The uniforms are often quite worn out and are held together with a stray thread or two.

I have mentioned before about the problems associated with closing the clinics. Today, we were at a disadvantage as we had two stations outside the building. Once we have made it clear the clinic is closing and the last of the sickest are brought, we generally close and lock steel doors. Today it started to rain about 2:30 pm. Naturally, a lot of the people waiting ran for cover and the cover was where we were working. We had to stop the clinic and wait for new lines to form. A community worker came out and reorganized everyone. I asked Jerri why the people listened to him and could he make life miserable for them if they didn’t. He told me that in Kenya one learns to respect the tribal leaders right from the start. And so they reformed the lines and we did the best we could to register and process as many as possible. It was hard looking out at the lines and seeing the mothers trying to shelter their babies from the rain. Only a few persons had an umbrella. One mother told one of our nurses that she had stood in line for six hours. Next time you are in Emergency or at a clinic, remember, it could be worse.

Tomorrow is our last day. At times it seemed endless and now we say where did the time go. We spent a portion of the evening sorting out the goods that are left and giving suitcases to those coming back to Canada. If you have a suitcase you don’t need, keep us in mind for next year.

Talk to you soon,
Dawn 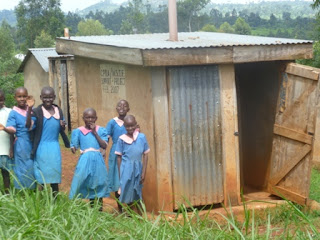 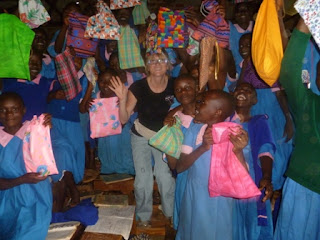 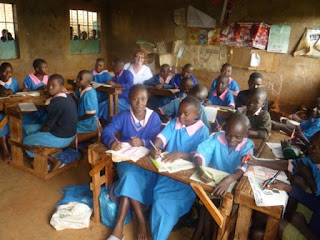 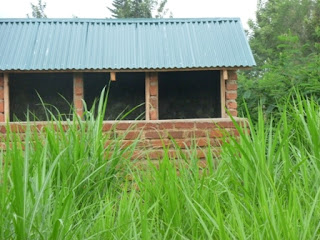 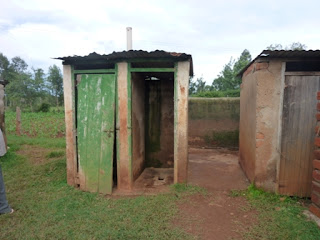 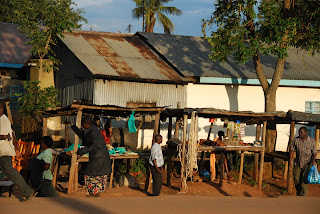 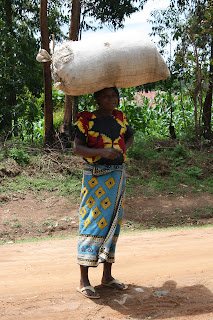