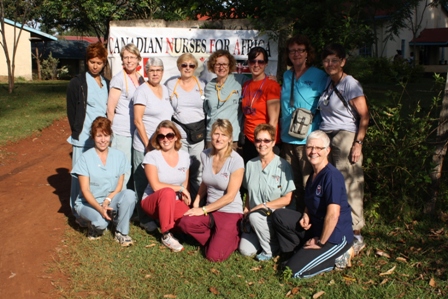 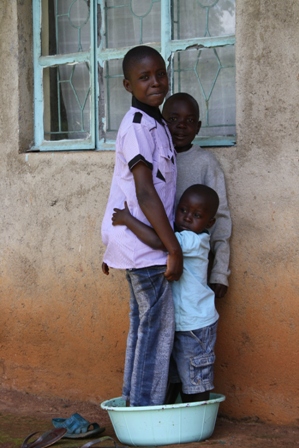 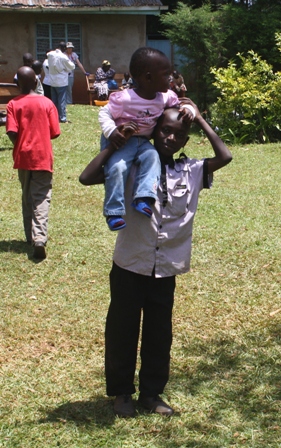 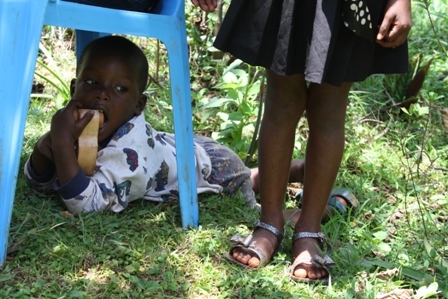 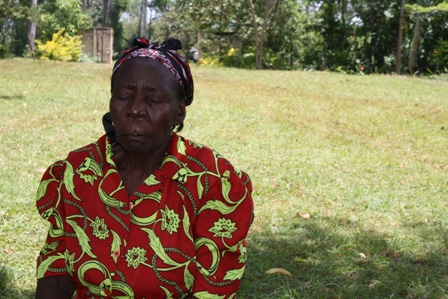 A successful clinic today in a Friend’s Church…it was roomy and even had glass in the windows.  We treated 690 persons, held our jigger’s clinic, treated 12 wounds, and picked up one patient from hospital.  Our little “hostage” came in and hugged the nurses.

Today is Kenya Day and is a national holiday.  It is 50 years today since Kenya obtained its independence.  There were celebrations in the cities but we missed them.  The good thing was that there were more children home because of no school and more complete families present.  Chavakali is a very poor area as one could see by some of the patientsand by the number of jiggers patients.  I read an article in the Nation newspaper, which I would like to share with you.  It is titled “The rich will toast Kenya @50, the poor will watch”.  The author, Koigi wa Wamwere went on to say there are “40 billionaires in Kenya and 40 million beggars”.  For so many people, independence still means poverty.  To borrow from his article, he stated the poor man is told to appreciate good roads but he has no car; to appreciate good education, but he can’t send his children to university; to appreciate good hospitals, but he can’t afford to use them, etc.  Instead the poor man dreams of having those things only in heaven “and takes refuge from the burden of poverty in religion, deadly brews, European soccer, or suicide after killing his wife and children”.

Corruption stems from the highest authority to the lowest in the villages.  Uhuru Kenyatta is the highest paid president in the world.  ‘One day, the populous will ask for a reckoning.  Canadian Nurses for Africa has certainly found a “few good men” to assist us but the majority of the work is done from our hands to the hands of the poor.  Thank you so much to those of you who have donated on Paypal link on our website and to others who hand us a cheque, cash or goods.  We would be nothing without you!

And more information on our baby and the mother whose husband drinks…during today’s home visit, we found out she was 35, had had 10 pregnancies, with two that died prior to 2 months and 8 living children.  The Kenya government will assist with Norplant (an implant under the skin of the arm) free to those who request.  Jane, our Kenyan nurse, made the arrangements and Mom now has birth control for 5 years.  One less problem for our Mom.  We had a second woman come to the clinic and ask for the same and she too has received her norplant.

Talk to you soon, Dawn