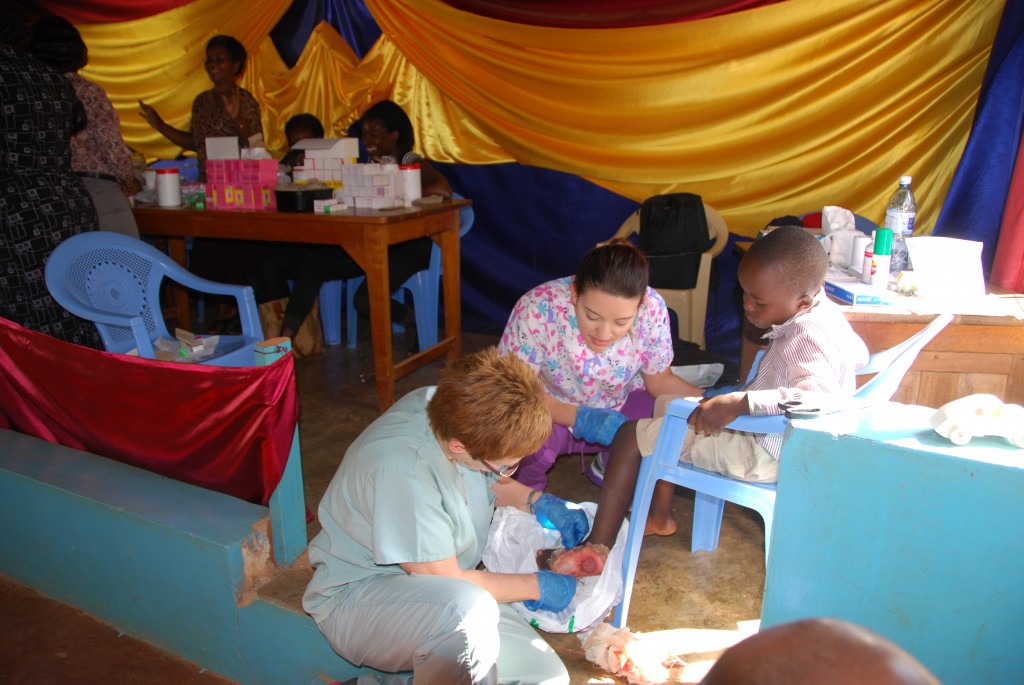 Clinic today was at Mundungu, an obviously poorer community than yesterday although it’s hard to discern when everyone we see has so much less than us. What a great day with our fantastic new nurses, Becca and Monica and of course Gail, Jean, and I, older but not necessarily better! Today we were visited by our 3 children from 2 missions ago, in which we provided jiggers treatment for. The jiggers have improved so they are able to attend school which is a huge outcome since jiggers has such a stigma, those with the infection are often socially isolated and impoverished. Johnstone provided jiggers treatment alongside our clinic and we dewormed 175 children. A very, very sad case: A 6 year old boy came in very ill with an infection after being casted for a fracture. When changing his dressing, Becca found an infected pressure sore with some necrotic tissue. Monica took him to the hospital thinking he would require IV antibiotics, as would be done in Canada. Unfortunately they sent him home after charging him for a prescription which we had provided at our clinic. It is hard to accept the differences in healthcare priorities between Canada and Kenya especially with respect to children. Today we saw 606 patients. Jean provided geography lessons to our Kenyan helpers who were fascinated by her map demonstrating the length of travel from Canada to Kenya! We all felt good about today as we are getting in the swing of things. I even brought hand sanitizer instead of the shampoo I brought by mistake yesterday! And, I finally discovered I was catching mosquitos because my net had a giant hole in the top. Now that I’ve resolved that issue, I found I have a pet gecko in my room which likes to run around while I’m sleeping (hopefully he won’t get under the net! Talk to you tomorrow.