This morning we set up our clinic at Viyalo in the Viyalo Friends Church. It was quite a large building and so we were able to at least navigate without squeezing by each other. Yesterday, we had something that I can’t recall having before….electricity in the church and they turned on one bank of lights for us. What a difference that makes to our working conditions. It was almost as good as coming home and having hot water for a shower, right Donna and Judy?

The clinic today started out with a line-up that never seemed to get any shorter. Even the Kenyans that help me register the patients kept peeking out the window. We ended the day by treating 1012 patients and dewormed 545 school children, including a whole school that showed up at our door (see some of them in the photo). We took one patient to hospital and picked up a woman that had severe hypertension who had been admitted late last week. In addition, we had one home visit and treated 20 wounds. What a day! The sad thing was that there were 300 people left in the line. As I have said over and over again, it is heartbreaking to tell them that we have to close.

The school children all have shaved heads for sanitary purposes. During the first day of school at Evojo, some of the children were sent home to have their heads shaved. Our last patient of the day was a grandmother who had an infant on her back. She had a large and very deep wound on her leg. The wound was treated (I saw one of the nurses swishing away flies as another dressed the wound.) The grandmother then stood up, got her medication, was asked to attend tomorrow’s clinic, and walked back home.

I saw so many grandmothers today with small children. One in particular had 4 children with her including a 3 month old infant. The children’s mother would have died in childbirth and now she was raising the family. She was 72 years old and she looked so weary.

Last year, we had a family carry a man into our clinic. He was in end stage AIDS and we sent him to hospital and paid his bill. Just before we left he was still there, so we went to see him. He died a week later. Today his father came to the clinic and spoke to Gail to tell her how grateful he was. That was so nice of him. His son died in some comfort. So although the story had a sad ending, it is also nice to know that we gave some sort of peace to his family.

A jiggers clinic was held just outside our clinic today. I won’t show you any more photos but it is really quite a thing to see. What a simple cure! I saw a boy today whose hands and feet were so infected that he couldn’t walk or eat. The community worker said that in three days there will be a remarkable change in him.

Talk to you soon, Dawn 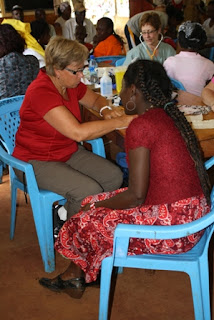 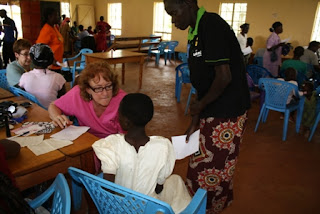 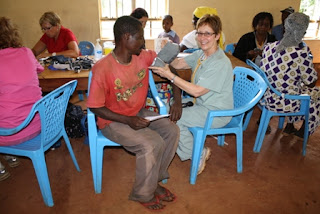 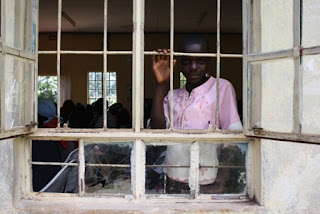 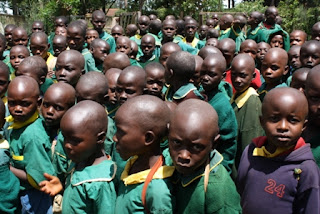 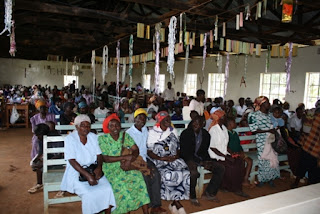