Today we drove to a small church in the community of Margoli. We had initially been scheduled to work at a previous years location in Kakamega. The church, which was unnamed, was located beside one of the main roads and as it was market day, scores of people walked with their wares on their heads or packed onto bicycles to sell at market. The local people also walk to market to purchase food, supplies and household goods. A cattle market was also in the vicinity so there were a large number of cattle, goats and other animals being led to market and sold. It made for an interesting look outside the windows.

We treated 395 people today and dewormed 150 children as we were only open for four hours. We had a staff dinner this afternoon for the Kenyan nurses and clinical officers. Unfortunately, Aggrey couldn’t attend but it was a great opportunity for the rest of us to build relationships. The clinics are always so busy that there is very little time for getting to know each other. We had to hold the dinner early for the safety of our Kenyan female staff. They wanted to be on their way home before it got dark.

It was good the day was shorter as everyone was getting tired and it was time for some relaxation. There was some card playing in the evening as we can sleep in tomorrow. We have asked to go to an African Church. It will be an interesting experience. Clinton, the school teacher I had spoken with earlier in the week, has asked me what we were doing on Sunday. When I told him we were going to church, he told me not to go to a Friends (Quaker) Church as their services were too quiet. He continued to say that no one dances in those churches and that only fat people go to those churches. The thin ones go to a church where they can dance. Clinton is so thin that if he turned sideways you would miss him. So we are hoping Aggrey doesn’t pick a Friends Church tomorrow!! 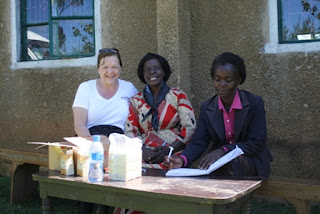 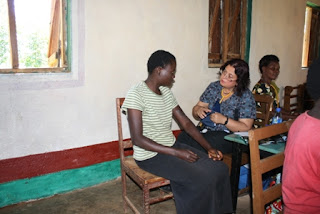 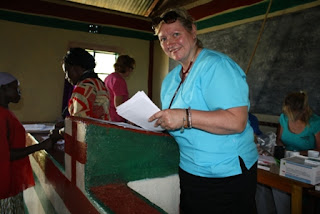 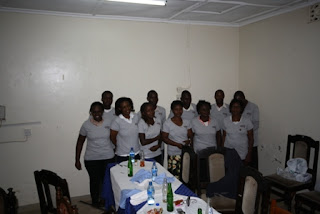 Priscilla went back to Nairobi today to catch a flight to Canada.  Donna and Judy arrive in Nairobi around the same time.  We are sorry to see Priscilla go but we are looking forward to working with Donna and Judy.

Did you know that Africa’s largest import is used clothing? The poorer people here wear clothing that has been previously worn and is definitely from North America. The sporting goods clothing has a large appeal, such as Adidas, Nike, etc. Many of the t-shirts have North American sayings on them. I saw a little boy the other day wearing a pair of winter boots. The rural Kenyans walk barefooted or wear flip flops. There is a campaign to make sure they wear some sort of foot wear to prevent jiggers. The men will wear a long sleeve shirt and a suit of some sort. Most of the suits are close to being worn out. I remember seeing photos of the workers coming to work at Henry Ford’s factories in their suits. They come to our clinics wearing their “Sunday best”.