Remember the saying from the book, if it is Thursday this must be Belgium.  Well, if this is Tuesday, then it must be Budawye.  Budawye is a small village containing an elementary school and a church.  There were no special markings on the church so I can’t tell you what denomination it was.  We started our day with a prayer, once more led by a special man named Solomen.  He has been with us for at least 4 years and each day, he is present at our location when we arrive.  He now rides a small motorcycle and is blind in one eye.  He has conducted our prayer service at the beginning of each mission.  What a delightful faithfilled man and he has a voice that is a joy to hear.

The attendance at the clinic today was 554 persons.  Nearly 600 children at the elementary school were treated for worms by Johnstone, another fine man who cares greatly about his fellow Kenyans.  He treated 59 children and 2 adults for Jiggers today-a number greatly reduced from last year by at least 1/2.  As mentioned yesterday, it is wonderful how treatment and education can make a difference to lives.  So can we as Canadians change lives?  Who knows what child will make the change for good because they have been given a chance.  Later on, I will post some photos of a jiggers clinic for you to see.

Around 1p, the rain came down in buckets but by 4:20 pm, we were able to navigate the dirt roads to pavement without incident.  We are back in a matatu, and so travel as the Kenyans travel.

The rains have been more frequent this spring and have affected a number of crops.   As a daugher and a sister of a farmer, I know how stressful this can be.  For a Kenyan, it is the difference between eating and not eating.  In  addition, the corn crop has been affected by a fungus because an official purchased bad seed with knowledge and sold it for planting.  According to the people I have spoken to, it was a case of graft.  I can’t emphasise enough the impact this will make on the poor as they eat maize as a staple.  While it contains few nutrients, it fills everyone up.  I wrote to my oldest daugher earlier this week and told her that I was finding it difficult to absorb and contend with what we see every day.  She wrote back this: 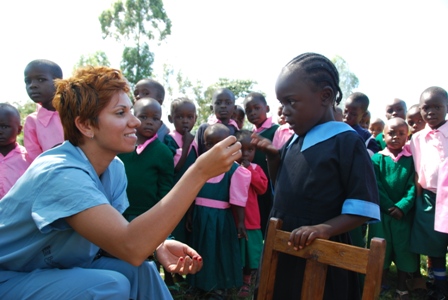 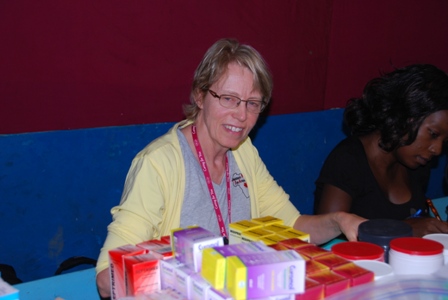 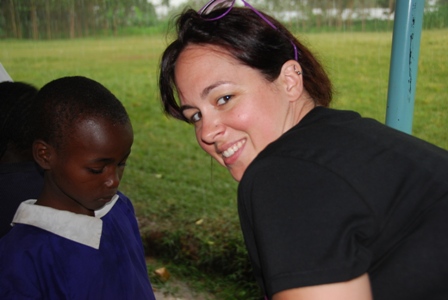 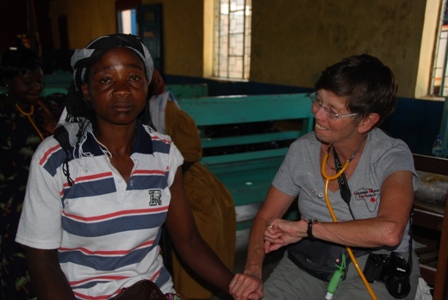 “It’s a hard walk every year for all if you in Kenya. I know God sees everything you are doing and He cries with you over the damage that people do to one another! ”

Now for those waiting for a pictures of the team, I will be posting them every night if possible.  I will post a few at a time so be patient as the one you love will be on soon.